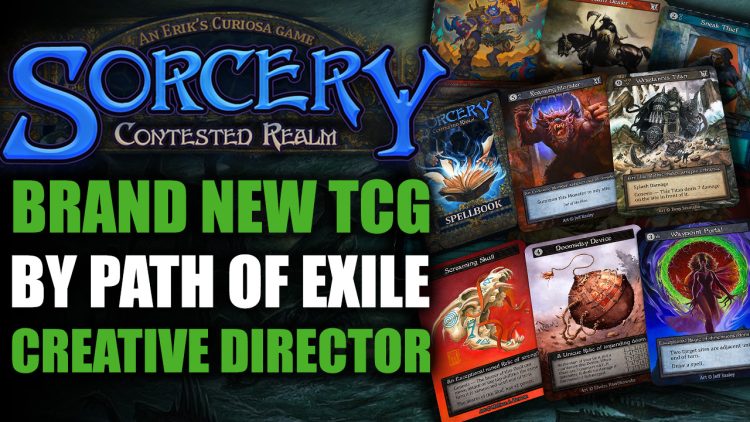 New and upcoming company Erik’s Curiosa Limited has successfully run a major Kickstarter campaign for their new TCG, Sorcery: Contested Realm. This new company is led by Erik Olofsson, the Creative Director of Grinding Gear Games of Path of Exile fame. He is also joined by Nickolas Reynolds and are both based in Auckland, New Zealand. 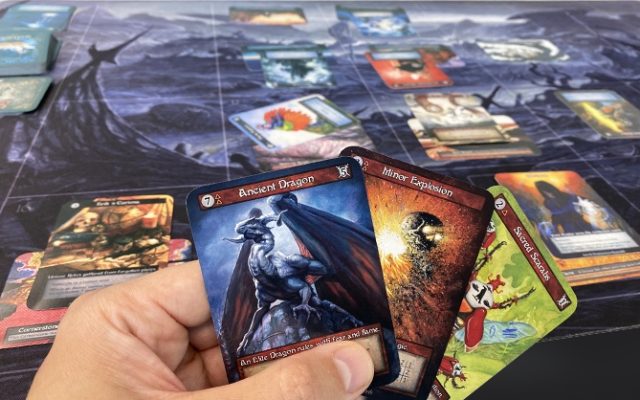 Heart of the Cards

Let’s take a closer look at this new game!

What is Sorcery: Contested Realm?

The world of Sorcery: Contested Realm is one full of magic and imagination. Every living thing on this plane is riddled with this magic power, from creatures to the land itself. Players fight one-on-one as Avatars and make use of one of four elements. At your disposal are the powers of Earth, Fire, Water, and Wind, all with their own theme and specialties.

Using these primal energies, the Avatars can summon mighty minions, ancient relics, fantastical spells, and amazing auras. These, combined with the players’ strategies and wits, are what will lead you to dominance and defeat your foes.

The objective of Sorcery: Contested Realm is to totally obliterate your opponent from “The Realm”, or the game board. Playing on The Realm involves moving about a 5×4 Grid, casting spells, erecting relics, and summoning minions. Avatars will try their best to defend key areas while taking those of their opponents.

The Elements of Sorcery: Contested Realm

Much like Magic: the Gathering, Sorcery: Contested Realm will have its own unique colored sides or factions.

Earth or Brown cards embody strength and fortitude. This faction will have access to mountainous titans that can deal splash damage, battle-hardened soldiers and shield maidens, trolls, and gnomes. They can cause havoc with earthquakes or even outright bury their enemies. 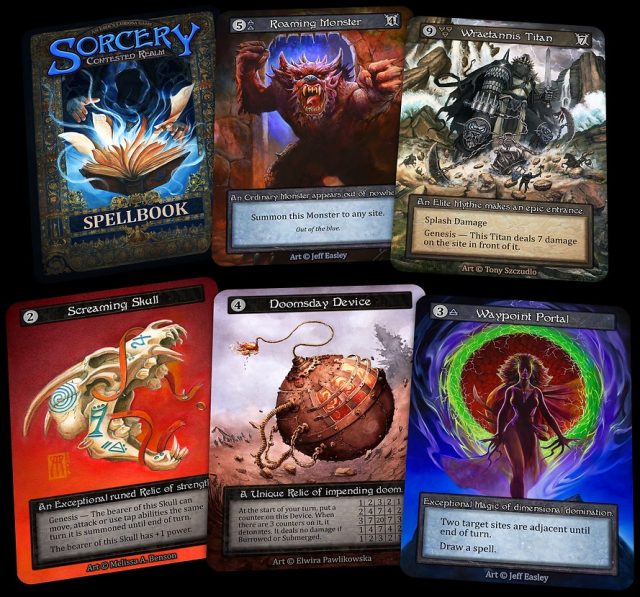 Closer Look at Some Cards

The Earth cards are the best if your style consists of creating huge minions and beating your opponent down with them.

Fire or Red is fury and rage incarnate. Much like MtG, Fire cards in Sorcery: Contested Realm consist of fast-moving creatures and dragons. They also have mounted cavalry that is adept at braving the desert heat. Also, like MtG, Fire has access to many burst damage spells, such as meteor showers, explosions, immolation as well as other destructive magic.

This is an excellent choice for hit and run or burn tactics.

The next up is Water or the Blue-themed cards. Water is based upon deception and manipulation, much like Blue in MtG. This element can replicate nearby relics, deflect entire spells, shrink enemy minions to have them deal less damage, or make them fall asleep instead. They have access to a ton of water-based minions, such as eels, frogmen, and other sea serpents. 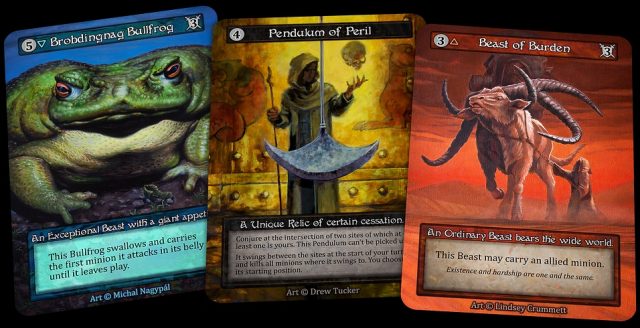 Water would be the perfect faction if you rely on trickery and disrupting your opponent to win.

Lastly, we have the power of the Grey Wind cards. Wind is primarily focused on magic and spellcasting. Similar to Blue, they can also block or counter spells and outright prevent them from materializing. They can also search their decks for the right spell that they would need in succeeding turns. In terms of minions, Wind has access to Liches, Bats, Djins, and other phantom creatures. 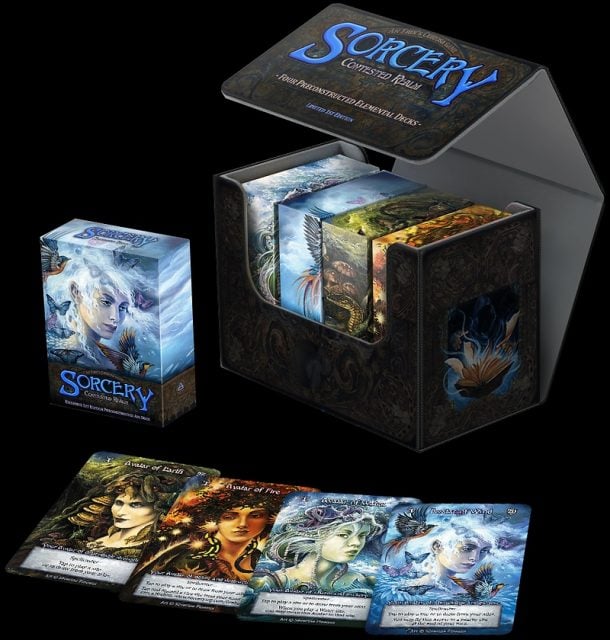 Wind is the perfect archetype if you enjoyed a mix of Black and Blue in Magic: the Gathering. 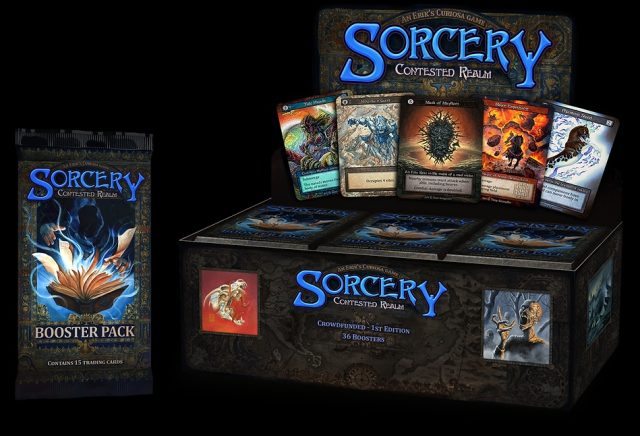 The lowest pledge was the “Elementalist” at $50 and would give players access to all four Elemental Starter decks. At the top of the list is the highest pledge was the “Avatar of the Realm” at $9,500. This tier would include samples, foil prints, playmats, preconstructed decks, a painting, and booster boxes, among others.

When is the Release Date?

The campaign has already ended as of writing. Sorcery: Contested Realm is estimated to start shipping in September 2022, barring any shipping and production delays. The initial set will consist of 400 unique cards spread across all the elements and neutral units. 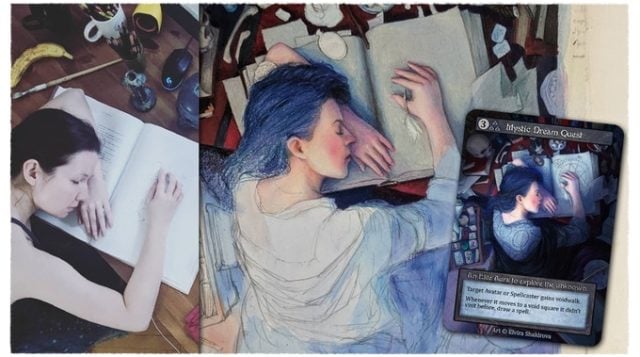 Such a monumental feat could only have been achievable with the help of over 30 artists who contributed to the project. What’s cool is that the artists still retain legal ownership of their arts, so they can redistribute as they see fit. All of the art on the 400 cards are also traditional paintings. No digital format for Sorcery: Contested Realm!

For more news, check out Tales of Arise Devs Say No Plans for Sequel and Dungeons of Aether A Turn-Based Dungeon Crawler Releases October 25th.

No related posts were found