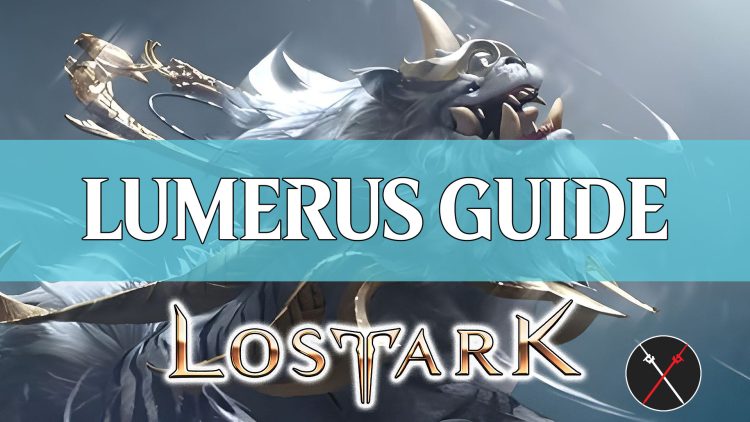 After honing your gear sufficiently, you’ll reach Item Level 340, which will allow you to fight the second Guardian Raid boss in Lost Ark. Defeating Lumerus will reward you with mostly the same upgrade materials as Ur’nil except that you’ll now receive Epic Accessories.

For these types of activities, it’s important to allocate the correct Tripods for your Skills. For instance, remember to select Weak Point Detection so as to increase the damage you deal against these push-immune Bosses. Next, you’re going to want to equip HP Potions or those that restore a percent of your HP back since they’re the only ones allowed in Guardian Raids. And finally, given the size of Lumerus’ map, you ought to bring Flares in order to immediately identify his location so you can save some time.

Compared to Ur’nil, Lumerus is slightly more challenging due to the wider scope of his attacks, which can affect ranged classes. He also has two phases depending on the amount of HP he has left. Like the first Guardian, however, Lumerus mostly executes Frontal Attacks and he’s not as fast as the other bosses in higher levels. Let’s first talk about Lumerus’ phase 1 attack patterns.

While Lumerus’ HP is greater than 50%, he’ll be performing the following attacks:

Just like Ur’nil, Lumerus has a charge attack where he suddenly turns blue and scratches the ground, ready to pounce at you. Before this happens, you need to make sure that you’re in front of him to counter his move and stagger him in the process. This is the best way to weaken Lumerus as it makes him immovable for a short period of time. 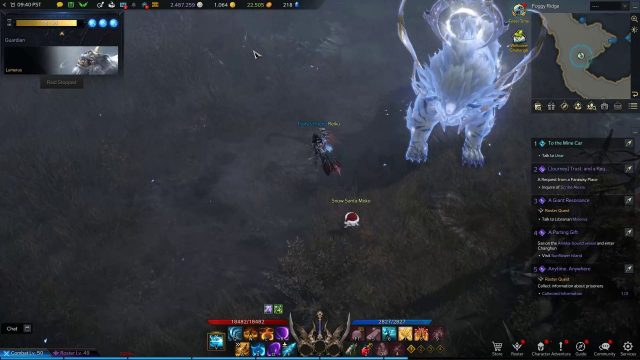 Conversely, if you don’t have a Counterattack Skill or you’re still learning how to do this correctly, you can simply dodge to the side to avoid his charge. Otherwise, you’ll be run over and knocked down.

As long as you’re in front of Lumerus, he’ll be swiping quite a lot but this type of attack has a split-second delay, making it simple to dodge. You can dash towards the paw that’s about to swipe to avoid the single attack altogether. Do not run to where the paw will land, otherwise, you’ll receive a small amount of damage. 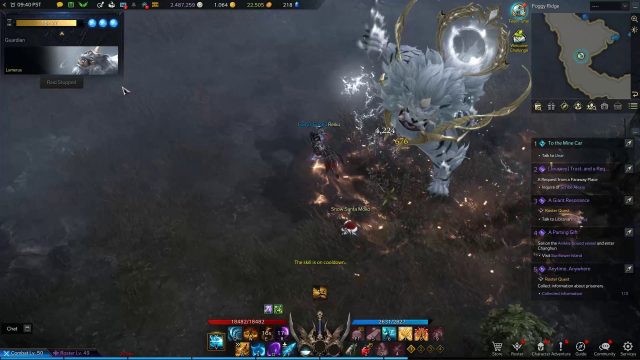 On top of the regular swipe, this Guardian also performs a two-swipe combo followed by a slam. The move is dangerous, especially the slam in the end since he’ll be executing a powerful icy breath attack, which encompasses a 180-degree area. Merely standing in front of him even when you’re far away can potentially lead to taking devastating damage. 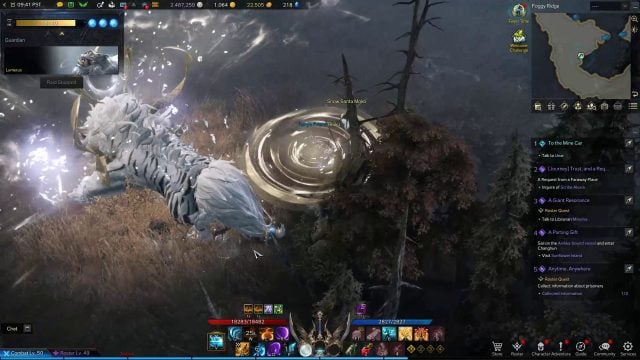 If you’ve been attacking Lumerus’ back, remember that he can turn around and quickly lunge at you. To prepare for this attack pattern, take note of his sudden glow before leaping into the air. Be sure to dash towards his original position to avoid the attack entirely. But this isn’t the end of the skill because when Lumerus lands, he’ll also unleash harmful energy in the form of a cone right in front of him. 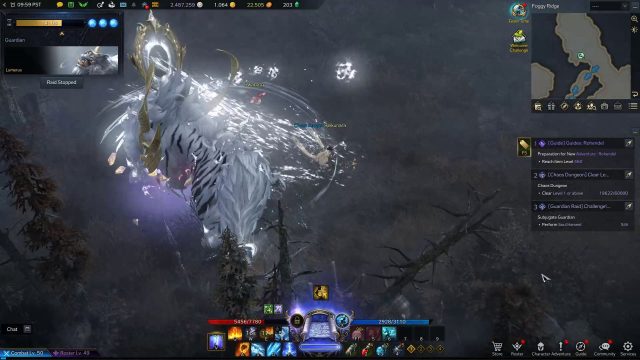 Similar to lunge, Lumerus will glow seconds prior to attacking with his icy breath, which is again in the form of a cone. This is capable of knocking you down should you happen to stand in front of him at the time so remember to run to his side to dodge this attack. 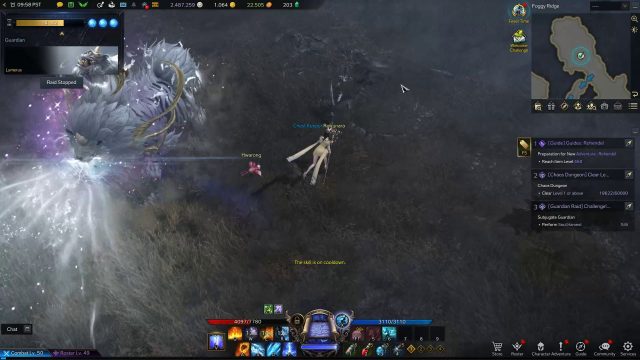 When Lumerus stands up on his hind legs and then puts his paws down, be on the lookout for numerous exploding geysers. The good thing about this skill is it doesn’t immediately impact you so you have time to move around. I would advise against dashing forward so you can save it for other incoming attacks because simply running is enough to protect yourself from these geysers. 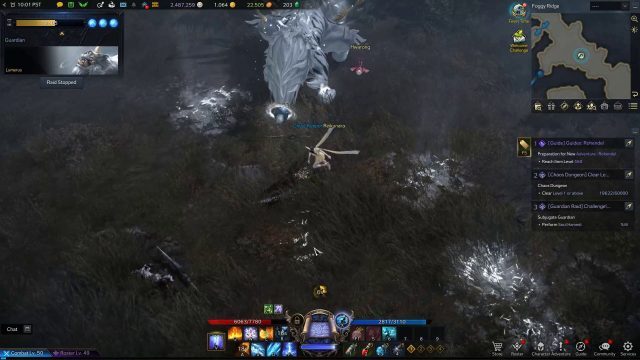 There comes a point in the encounter where Lumerus will get ready for a series of earthquake attacks. Here, he’ll be cocking his head left and right before releasing massive energy in the form of pulsating shockwaves. To protect yourself from this, you have to situate yourself behind him because that’s the only safe section of the AoE unless you’re very far away, to begin with. If you’re hit, you’ll be knocked down. 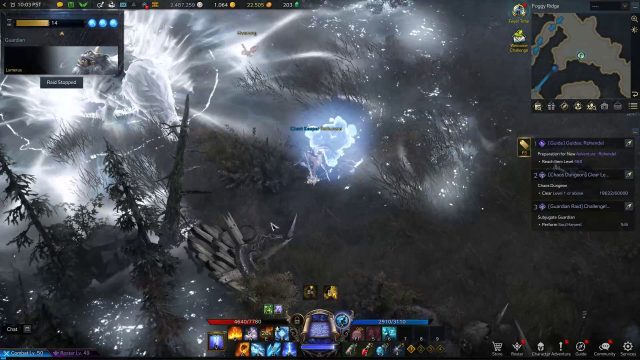 Finally, Lumerus has the ability to outright evade your attacks by suddenly jumping backward. This can be tricky to spot since there are no tells as to when the Guardian plans to retreat. Afterward, he can also surprise you with any of the attack patterns we’ve discussed so you need to be prepared to move to his side once more to shield yourself from incoming attacks. 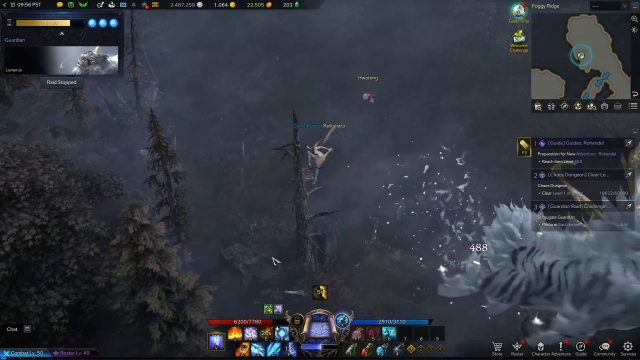 When Lumerus’ HP hits 50% or below, he’ll either change locations or begin executing chain attacks, which we’ll discuss below. This is also known as the second phase of the encounter and is a bit more challenging than the one that came before it.

On top of the two-swipe combo and slam, you can expect several geysers to pop up. To counter this chain attack, you need to constantly stay behind him to make it easier for you to run to his side in order to move away from the combo and exploding geysers. 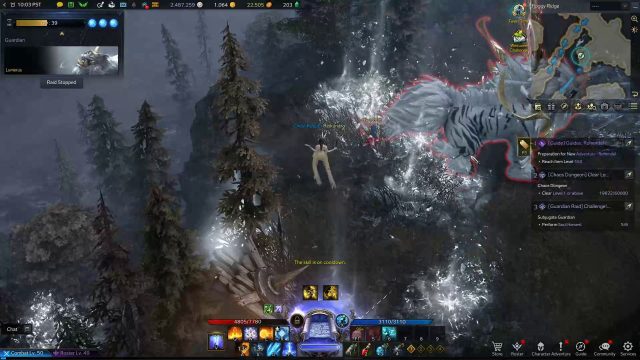 Lumerus is not going down without a fight. In fact, he’ll be unleashing an even deadlier version of the earthquake skill. This Guardian will prepare for it by leaping into the air. Once he lands, he’ll be saving the energy he has left and releasing it in a very large area. However, like the technique from before, as long as you stay behind him, you’ll remain safe from this destructive attack. 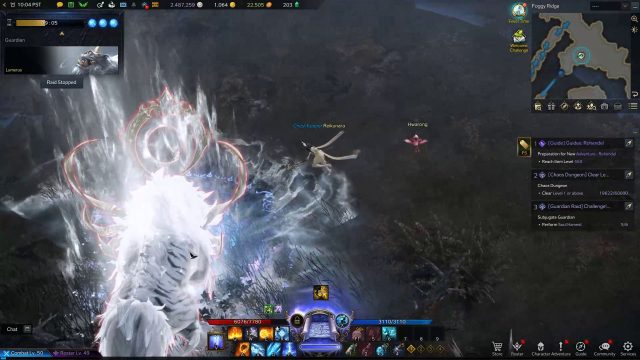 Lumerus is slightly tougher than Ur’nil due to the range of his skills, however, he continues to move predictably. To survive and thrive in this encounter, you’ll have to consistently position yourself behind the Guardian. Doing so will protect you from the majority of his attacks regardless of the phase. 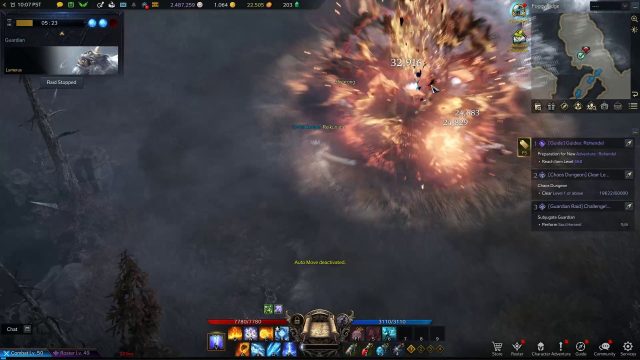 If you’re playing a melee or ranged class, strive to stay directly behind him, especially when he performs his earthquake skill, which only features a narrow safe spot. Charging and Holding Skills won’t be much of a problem either since it takes Lumerus a second to turn around. And lastly, once the geysers have been fully laid out on the ground even if they’re still inactive and you see a clear path towards Lumerus, go ahead and attack him since no extra geysers will be added in the affected area.

Stay tuned for more Lost Ark Boss and Endgame Guides and be sure to check out our Lost Ark Wiki or drop by our Twitch Channel if you have questions about the game. You can also check out our recent endgame content including the Progression Guide, Best Ways to Get More Skill Points, and Best Combat Engravings. We also have Build Guides like Shadowhunter, Sorceress, Paladin, Bard, and Soulfist. What did you think of this Lost Ark Lumerus Guardian Raid Boss Guide? Which bosses are giving you a hard time? Let us know in the comments below!