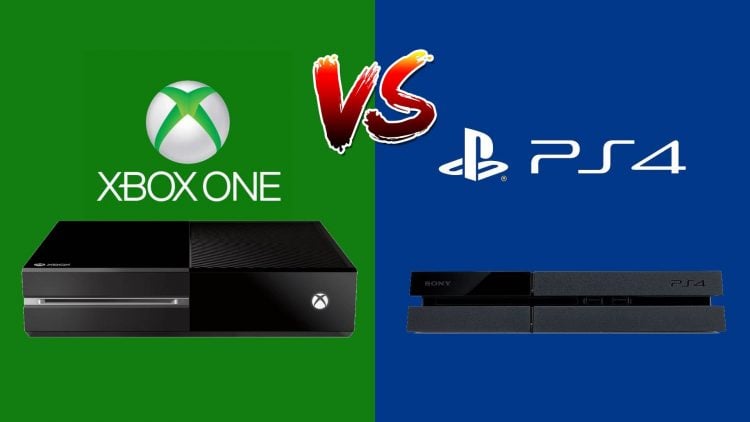 The new generation consoles have been unveiled and you can’t decide which to buy?  Let’s take a look at why you should definitely buy a PS4 instead of an Xbox One:

Console Wars: Buy a PS4 or an XBOX One?

10. All in One: Xbox One is being hailed as the all in one entertainment console.  This means they aren’t designing a system for gaming, but to stream movies, watch television, sports and Skype.  Now this may sound great, but the reality is that we are gamers!  We want an awesome gaming system!  In short Microsoft has lost sight of the purpose of a console, which is to GAME.

9. Quality Control: Do any of you own an Xbox 360?  How many of you got the red ring of death?  It seems that many have forgotten that when Xbox 360 launched Microsoft shipped thousands and thousands of defective systems to get an edge on Sony and release their console early.  While this certainly paid off for them in the console war, will it pay off for you if you get a broken Xbox One?

8. The controller:  Now I’m sure there will be a big debate about this one.  I’ve owned an Xbox 360 since launch in 2005 and I’ve always loved their controller.  Not until I got a PS3 last year did I really realize how large and clunky the 360’s controller was.  Overcompensating much Microsoft?  The PlayStation controller just feels light and natural in your hands.  After a week of gaming with it you’ll never go back.

7. Information.  This is a must if you’re gonna drop a chunk of cash on a console.  You want to make sure of what you are getting and what you are not, right?? Click the links and see the difference between what Microsoft and Sony say about their consoles.  You’ll see Microsoft is vague and Sony is specific.

6. Backpedaling: The confusion around sharing games and persistent online connectivity required for Xbox One.  At E3 Microsoft announced that they would require a constant online connection in order to play games on their system and that you can’t share used games with other players.  They’ve since changed their stance and changed it so that on day one if you download a patch this will no longer be true.  The question is…What the fuck were they thinking?.  Here’s hoping those of you who buy one can get online right away and don’t have to wait in a queue for hours to get your patch.

5. Hard-drive Installs: Having to install every game you purchase to your hard drive.  You HAVE to do this on Xbox One.  It isn’t optional.  There is no update for this.  How many of you installed a game from to your Xbox 360’s hard drive?  Do you remember how long that took?  Now multiply that times 3 or 4.  Just got home with that game you’ve been dying to play?  Now you get to wait an hour to install it…or longer…P.S.  You’re gonna need a big hard drive.

4. PlayStation Plus: is just coming into it’s prime.  I currently have both Xbox Live and PlayStation Plus.  I’ve had Xbox Live for 11 years.  Ever since they changed their dashboard a year or 2 ago it’s gone downhill.  It feels like Window’s 8.  Does anyone like Windows 8?  I mean seriously does anyone???  Now advertisements are playing on it constantly and it’s harder to do what I’m trying to do, which is simply play my game online or look at trailers for upcoming games.  PlayStation Plus is where Xbox Live was 3 or 4 years ago and this is a VERY good thing!  No bullshit, just log in and play.

3. Indie game development: It’s always nice to be browsing around for a fun game to play and come across some little known game that’s cheap and simply amazing (Pixel Junk anyone?).  Sony is handing out 2,500$ developer kits for free to many developers for a year.  They are encouraging companies to create games for their console.

2. Price:  The PS4 is 399$ and the Xbox One is 499$.  It’s simple math.  Sony has put themselves in a much better position to sell consoles.  I’d imagine 100$ isn’t the end of the world for an avid gamer, but think of how many more people will purchase the console simply based on this point.  I’m sure you have friends that will, which leads me to my last point…

1. Community Size: PlayStation 4 smashing Xbox One in sales.  If you’ve read this article it isn’t hard to see why. Forbes has reported that PS4 is sold out on Amazon. On a recent Amazon Facebook survey, in which they polled gamers on which console they’d be purchasing, of the 40,000 plus replies 95% said they’d be buying a PS4. I’m not advocating you buy your console based on trend. I’m simply stating that there is a good reason many have switched from Xbox to PlayStation (myself included). If come November you’d like to find yourself playing with your friends list, you’d better be getting a PS4.