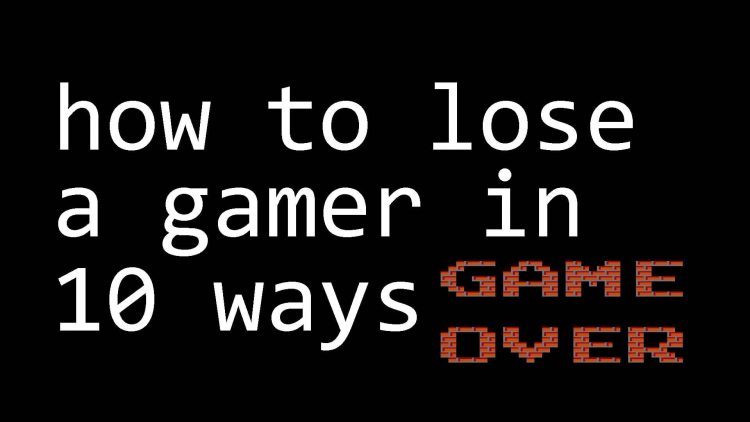 As players advance in Knowledge of Architecture they will be able to use more advanced materials and building techniques. Players will first begin with Straw and is they become more proficient Wood. Then Stone and Iron and finally they will be able to craft elaborate Manors in the style of one of the 3 Races: Human, Elven or Dwarven. Not only are these structures more impressive visually, but they provide superior defense against creatures and players.

If you are in the MMO business, you surely have reached the dreaded point where there are endgame players who fancy themselves good at your game and claim to have insight into mechanics, rewards systems, class development and will likely want to force these on you. This is of course unacceptable, as everyone knows game communities are always wrong about the games they play. Are you tired of your end game community complaining? Wish there was some way to get rid of them?  Here I’m going to tell you what you can do to get rid of them for good, so you can peacefully guide your game towards server closure.

STEP 1: The Less for More tactic!

Give them less to do and charge more money for it.  Upgrade old content with the same old items with more stats, and the same enemies with more health but no new mechanics to counter your playerbase’s new skills. This is a sure fire way to get rid of some of them.  People don’t like paying more and really don’t like being bored by easy content.  They will complain about the price, but when they have nothing left to do they will leave.  More money for you and less complainers around.  I know. I’m genius.

Say there will be no instances with the expansion. Then say there will be. Proceed to announce a launch date of X day, then delay it. Say your forums are ready for upgrades “within the next two weeks”, then take over two months to do it. This is a great way to get them to leave.  Just keep delaying, backpedaling, confusing, and muddling until they are driven into apathy and go.  It works!  Try it!

Add new “improvements” to the game that they didn’t ask for.  They love their class?  Change them because you hired some fresh out-of-college kids who need some easy practice.  They use a well-tested and proven MMO loot system that gives consistency and enjoyment? Change it to random RNG without any option to implement DKP or guild/kinship reward mechanics or organization.  They enjoy playing?  Introduce new combat styles that homogenize every class into a button mash.

STEP 4: Beta Testing is for Show

You should have beta testing just to say you did, and ignore the feedback and bugs brought up therein and expect the bugs to be only addressed on the day of public launch. This is another great way to frustrate them and get them to leave.  The boss keeps bugging at the end of a dungeon?  Just leave it.  They’ll either get lucky and be happy or they’ll just be pissed off and go.  We’re banking on the latter…

STEP 5: The players don’t know what they want

Ignore any posts, mails, comments or attempts to give suggestions, ideas and opposition. Sounds easy right?  It is!  They don’t want to you to add gambling to their game?  They don’t want you to change some PvP aspects?  They are pleading with you not to?  Fuck em!! Do it anyway.  Muawahaha…that’ll show them!

Call them the small minority.  They won’t believe you so you have to keep saying it.  They’ll insist everyone they play with is like them, but we know better.  Hold the course.  They are the few.  Don’t care about them and make sure you tell them often. Clearly their money doesn’t add anything to your coffers, they are just the end-game crew. Or the Roleplayers. Or the PVPers. Or the low level crafters… or the… mhm I may have noticed a trend!

STEP 7: The challenge should come from broken mechanics and controls

You have to be bold. The concept that a good challenge comes from the game itself and not from the UI or controls is silly. Still have diehards hanging around?  They won’t leave?  Every time you patch the game, simply break something else.  Their favorite raid was working fine last week?  Make sure it isn’t this week because of abominable lag due to some effects you introduced.  Next week make it so they crash when zoning due to poor graphic implementation and lack of streaming.  After that just make sure they can’t log in and tell them to call tech support. Of course make sure there is no phone number for tech support.

STEP 8: The game itself should have no challenge

Wait–but didn’t you just say make it harder?  Yes I did.  What I mean is make it so a total noob can beat your content in his sleep.  This will keep the people paying you money happy (we all know end gamers don’t spend any money) and piss off the ones you want to leave.  P.S.  You may have to make it easier if they don’t leave right away.

STEP 9:   Everyone deserves everything!

Make the best loot in the game drop from the easiest mobs. This is a sure fire method to piss them off.  They hate seeing fresh level capped toons with better gear than them.  They’ve worked hard for months to get their gear.  Screw Capitalism, give them communism.  The harder they work the more shinies for the people who started playing three hours ago.  Works every time.

Make sure your Community Manager is incapable of handling the slightest tasks.  Make sure he is cocky and happy to publicly prank his player base and call them stupid on his twitter account.  Make sure he comments on things that aren’t important and make sure he bans anyone politely commenting anything remotely negative about the game.  We can’t have people knowing what’s really going on or the paying customers will leave too.  We need their money!!

So there you have it.  If doing these things doesn’t piss off your nagging, pain in your ass, thorn in your side end-gamers, I don’t know what will.  If it doesn’t make them leave nothing will.

Of course, this article is satire. For more gamer articles and opinions stop by our Game Articles page!

Tear Machete is a type of Sword in Absolver.

“Looks impressive, but the metal melted in Tearan forges is quite brittle, and can break sooner than expected.

Has not been created for a specific Fighting Style.”

9 comments on “How to Lose a Gamer in Ten Ways”