In this Godfall DLC review we’ll be talking about the new Godfall DLC: Fire & Darkness and the new Lightbringer Update. For those of you that haven’t seen our original review, Godfall is an Action RPG game developed by Counterplay Games and published by Gearbox Publishing.

Godfall was originally released in November 2020 for PS5 and Windows, but with the new Lightbringer Update it’s now coming out for PS4 as well. The Fire & Darkness DLC comes together with a free update called Lightbringer that is available for all Godfall players, regardless of whether they purchase Fire & Darkness or not.

Story and the Fire Realm

The Fire & Darkness DLC picks up the story after the concluding events of Godfall. The new events take place in the Fire Realm, where players will have to fight against darkness itself to prevent a catastrophe on all realms.

Owning a copy of the DLC will not only allow you to play the Story missions, but will also unlock some end-game exclusive content including:

One of the things that I liked most about Godfall was its gorgeous graphics and the Fire Realm stays true to that promise. The environment is vast and breathtaking, making me often stop just to admire it for a little bit.

The storyline is rather generic, with some funny dialogues in between, but I was really hoping for more here, given the 20 USD price tag. The story still does a good job at providing closure, as well as shedding some light on what the new endgame Lightbringer Mode is about though. 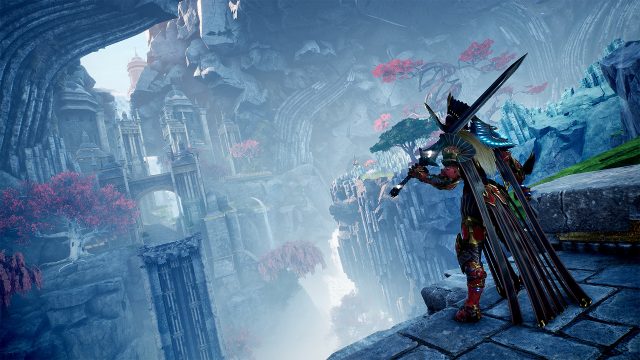 Valorplates are one of the coolest features of Godfall, and if you thought you liked them before, you will like them even more now with the addition of 86 new skins that you can select from to fully customize how you look. 56 of these Skins will come free to all players as part of the Lightbringer update, while 30 will be exclusive to the Fire & Darkness DLC.

You can unlock Skins by completing different challenges throughout missions or endgame content providing players with more things to do while they explore the world. The skins look amazing and will help players differentiate from each other while playing with other people in multiplayer. If you like Valorplates as much as I do, this is definitively something to check out. 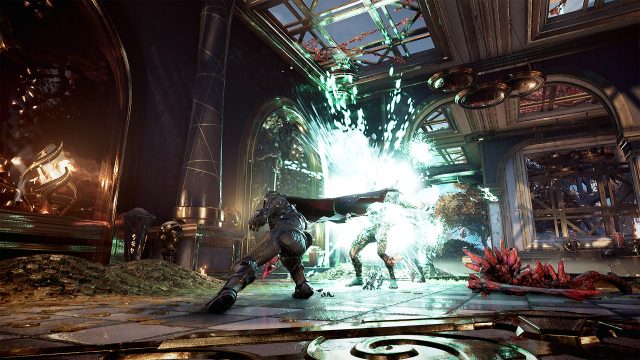 The Lightbringer update is free and is available for all players even if they don’t own the Fire & Darkness DLC.

While I love how the Valorplates look, I feel like the developers missed a big opportunity to make them stand apart from one another during combat. Your Combat capabilities are still very tied to your loot, and the Valorplate that you are using won’t have a big impact on your gameplay other than the Augments that you use or their Archon Ability.

There has, however, been a major update when it comes to Equipment and Endgame bonuses. With the Lightbringer update 40 new Items has been introduced to the game including a new tier only available through the Lightbringer Mode called Cursed Items, improving the itemization of the game. 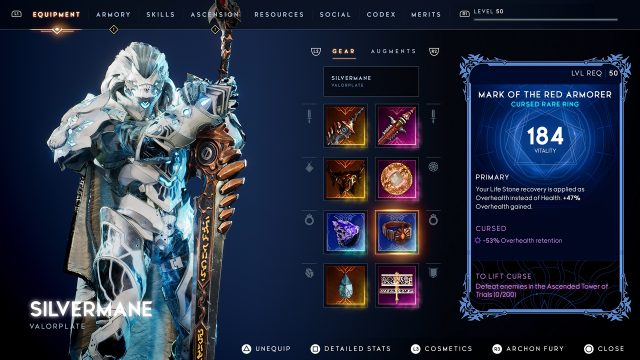 Cursed Items are initially imbued with negative capabilities, but once the curse is removed they will provide a massive bonus. To remove the curse, players will need to equip the cursed item and complete the task listed on said item.

I think that this is a very cool feature that will make players fight at a disadvantage to earn that additional power to max out their characters. Equipping a Weapon that makes you weaker feels odd, but once you lift the curse you really feel rewarded.

While Godfall is a fun game, it is definitively better when played with other people. With the new update, a Matchmaking system has been introduced that allows you to join with up to two other players to face either the Ascended Tower of Trials or the new Lightbringer Mode. Additionally, a new ping system has also been added allowing you to easily communicate with other players, even without a headset.

This is something that should have been implemented from release, and is a very welcome addition that most players requested. If you own the game and haven’t played in a while I strongly suggest that you give matchmaking a try.

The Lightbringer Mode is part of the new endgame content and becomes available at level 50. You can select from any of the Four Realms: Earth, Air, Water and Fire (which is only available if you purchased the Fire & Darkness DLC).

In this mode you’ll need to restore the light to a realm that has been consumed by a Heart of Darkness. Your objective is to locate Dark Tears and destroy them to release Sanctum’s Light. Defeating enemies in the darkness will increase your Light level, which will provide you with more loot when you finish the run.

While traveling through the darkness your character will constantly take damage. You can activate beacons of light along the way to cleanse the darkness and recover your health. Once you locate a Dark Tear, activate it and destroy the enemies to release Sanctum’s Light. 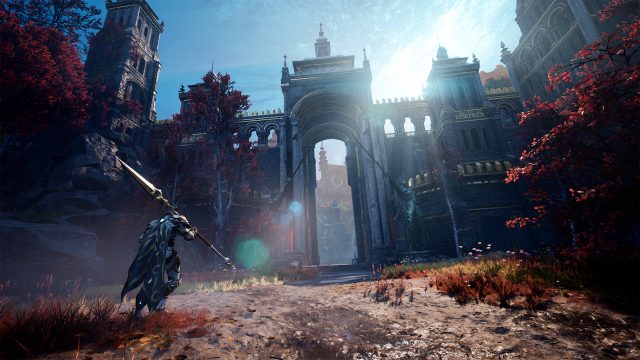 Once the light is released, you’ll be given the opportunity to accept a curse which affects you for the whole run. The more curses selected, the more powerful your enemies become, and the greater the reward after completing the run. Enemies slain at higher levels will boost your Light Level (and loot) even more. I personally love this high-risk, high-reward system, as it provides players with the freedom to customize the difficulty and be rewarded for doing so.

Once you’ve selected a curse, you must then escort the light back to the Amplifier, a device that can eradicate the Heart of Darkness from the realm. While you escort the Light, enemies will periodically attack you and try to reduce the strength of the Light. Once you reach the Amplifier, you can either bring more light for further rewards or activate it.

Once the Amplifier is activated, hordes of enemies will storm you, trying to extinguish the light. You’ll need to defeat the enemies and pick up Crystals that they drop. Introducing these crystals into the Amplifier will ultimately defeat darkness and bring back the light to the world, dropping an incredible amount of loot.

This mode is very fun, but I highly recommend that you try it in multiplayer as you’ll be required to both attack and defend at times and doing it alone might be overwhelming.

The Fire & Darkness DLC comes at 20.00 USD and while it brings a whole new Realm to explore and the addition of some unique cosmetics, most of the new endgame content will be free and included with the Lightbringer Update, making it a little expensive for what it offers.

If the original story was appealing to you or if you love Valorplate Skins as much as I do then you might want to consider picking this up. But if the story or skins are not that relevant for you, then you’ll be just fine with the base game. And, if you are a newcomer to Godfall, I would definitively recommend to first try the base game and decide if you want to buy the DLC after you finish it.

While the Fire & Darkness DLC includes a new chapter to the Godfall Story that can be enjoyed by yourself, the Lightbringer Update takes multiplayer to a whole new level by including a Matchmaking System, a new endgame mode and a good amount Skins, allowing you to save the realm with other players while you fight together and make new friends. No matter if you are a newcomer or a returning player, I would definitively suggest that you give the Lightbringer Mode a chance in multiplayer mode. 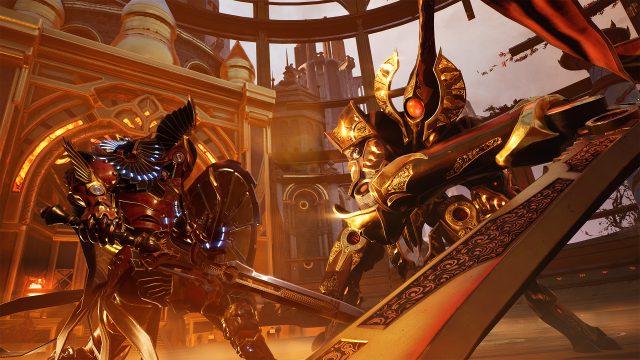 On the other hand, the Fire & Darkness DLC is a bit overpriced for what it has to offer, and I only recommend picking this up if you’ve already played the base game and you are extremely interested in the story and lore of Godfall, or if you really like the Valorplates of the game. 20 dollars is a lot to ask for DLC these days, and I felt there should have been more content for that pricetag.

If you haven’t already, be sure to check out our initial review of Godfall, and you can find answers to any other questions you might have over on the Godfall Wiki. So what do you think of Godfall? Will you be trying it out now that there is a new end game mode and matchmaking? Let us know in the comments below!