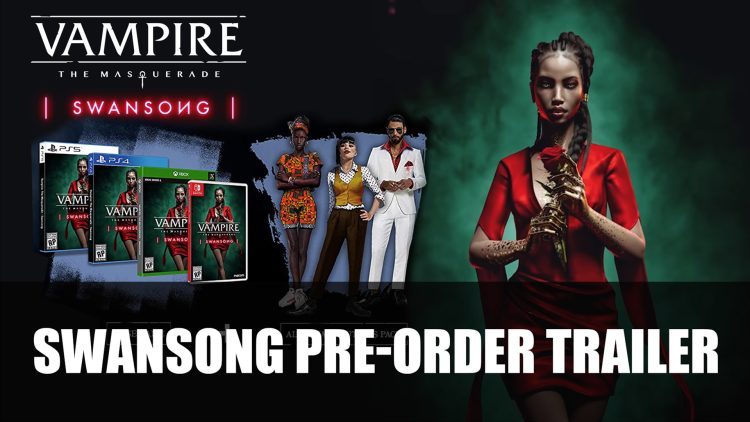 It’s not too long until Vampire: The Masquerade – Swansong will release on May 19th. A new trailer has been released featuring pre-orders for PS5, Xbox Series X|S, PS4, Xbox One and PC via the Epic Games Store, with Switch releasing at a later date.

In case you missed it, Swansong is RPG based on World of Darkness roleplaying universe by The Council developer Big Bad Wolf. Players will be able to explore the underbelly of the vampire world based in Boston.

Taking on the role of three different vampires Galed, Leysha and Emem, each has their own tale and possesses unique powers, but have intertwined destinies. Leysha uses Obfuscate to hide her presence, Emem uses Celerity to access hard to reach locations and Galeb can control others like a puppet with Domination.

Details have been released for pre-order editions including bonuses.

Includes the base game, the Vampire: The Masquerade – Coteries of New York visual novel game (for consoles only) and Alternate Outfits Pack with outfits for Galeb, Emem and Leysha. 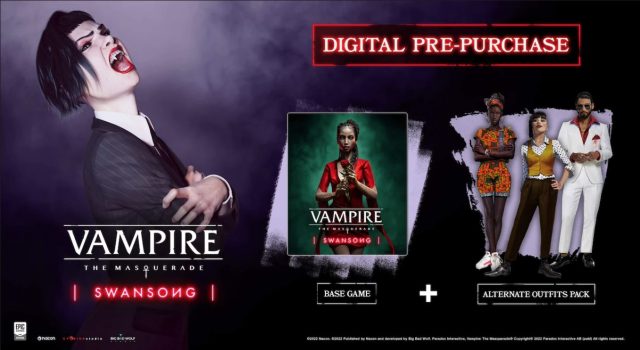 Those on consoles will also receive the Vampire: The Masquerade – Coteries of New York visual novel game. Both Playstation (PS4/PS5) and Xbox (Xbox Series X|S/Xbox One) are cross-gen versions.

While PC players will receive the digital soundtrack instead. Pre-orders are available on the official Vampire-Swansong.com website. 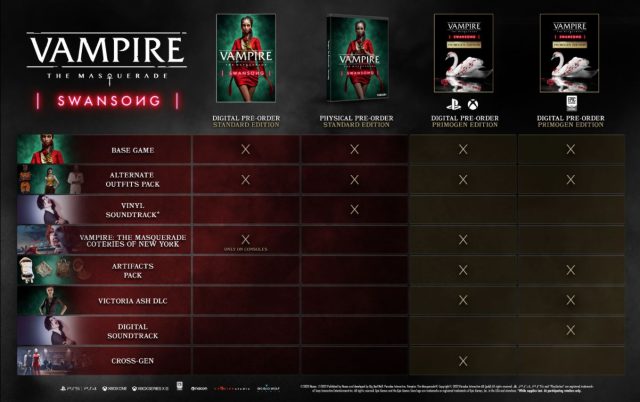 Vampire: The Masquerade – Swansong coming to Xbox Series X|S, Xbox One, PlayStation 4, PlayStation 5, and Epic Games Store on May 19th.