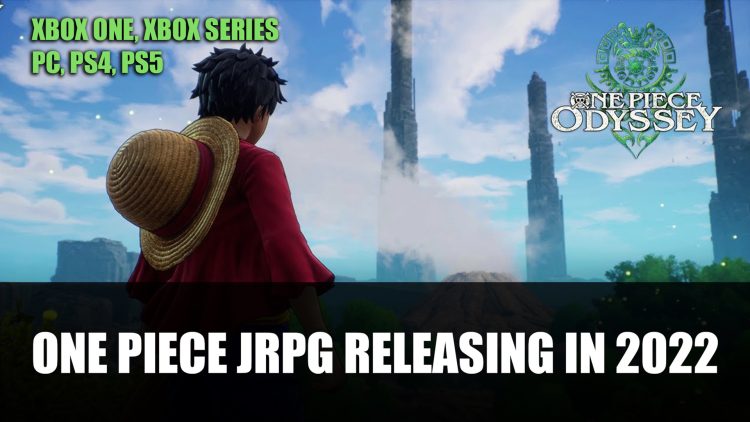 Bandai Namco Entertainment announced today that One Piece is getting a JRPG called One Piece Odyssey, releasing in 2022.

One Piece Odyssey was announced today by Bandai Namco, revealing the JRPG with its first trailer. The title is heading to Playstation 5, Playstation 5, Xbox Series X|S, Xbox One and PC in 2022.

The trailer features a storm, a shipwreck and what leads to an unexpected adventure at a mysterious island.

This isn’t the first time we’ve heard of the One Piece game, as it was rumoured back in July last year when Bandai filed a trademark for “One Piece Odyssey”. Well, it looks like the name is carrying forward to the official game.

In a video interview with the main producer Katsuaki Tsuzuki, they shared that the game will be an “epic adventure to experience the One Piece world.” Japanese manga artist and creator of the One Piece series Mangaka Eiichiro Oda has also designed the new characters and monsters that will be in the game himself.

The JRPG will contain everything you’d expect from a full-fledged RPG experience including dungeons, quests, puzzles and more. Tsuzuki also mentions this is the most “meticulously” worked on game for One Piece for such an extensive period of time.

One Piece is a long-running mango that first debuted back in 1997 in the popular Japanese magazine Weekly Shounen Jump, and is still ongoing, having surpassed its 100th volume recently. But that isn’t the only medium that has had the series hitting milestones, the anime is equally impressive with surpassing 1000 episodes, making it one of the most long-running anime series to date.

For a rundown of the recent RPG news find it here in Top RPG News Of The Week: March 27th (The Witcher 4, New World, Godfall And More!)