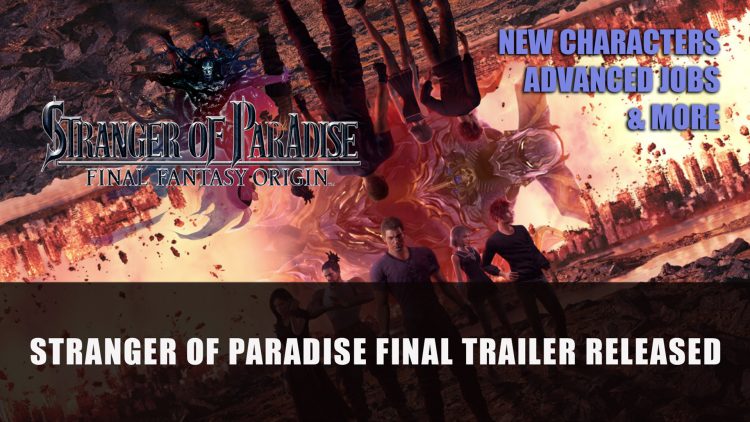 With just under two months from the release of Stranger of Paradise: Final Fantasy Origin, developer Team Ninja have released some details surrounding, enemies, characters, advanced jobs, equipment upgrades, locations and more via the Playstation Blog. A new trailer titled the “Final Trailer” means it looks like all is on track for its release in March.

In the final trailer, we get a brief overview of the story of Stranger of Paradise, featuring characters such as the monstrous tentacle fiend Kraken, the spell-slinging adept Lich and more about the dark crystals. It also shows some of the action combat, including some straight-up brawling. The characters are teased as the “Warriors of Light” which is mentioned in a prophecy that consists of the main character Jack, as well as companions Ash, Jed, Neon and Sophie. Together they are to destroy the four fiends of chaos. We also see Jack demanding Astos to tell him about the crystals, to which surprise surprise he doesn’t oblige, but simply says to not worry about such trivial matters.

There is a slight hitch, they are not only strangers to each other but also to themselves, with their memories “buried deep in their hearts…”

If you find any of these concepts familiar that’s because Stranger of Paradise while neither a prequel nor remake to Final Fantasy 1, it is based on the core concepts of this universe.

New characters introduced in this trailer include the Kraken and Lich.

Described as The Fiend of Water, the Kraken has ferocious tentacles that are long sweeping and can rush attack players. Its abilities include steal buffs, and water-element attacks that use its surroundings to its advantage. 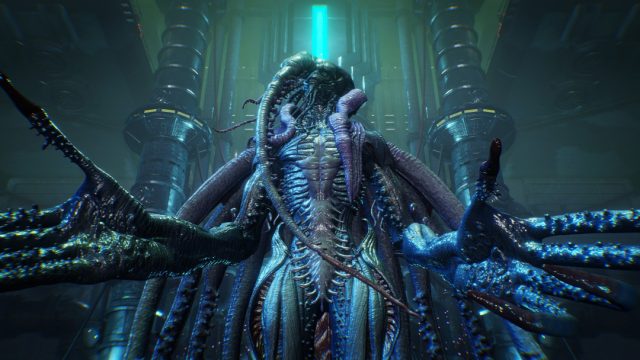 You dare brandish your blade at the Kraken!? You forget your place!

The Fiend of Earth is the Lich, a skeleton looking being that can toss a few spells your way, or attack using inflicting ailments. It can use Curse, or even sap the upper limit of the Break Gauge, or summon skeletons. 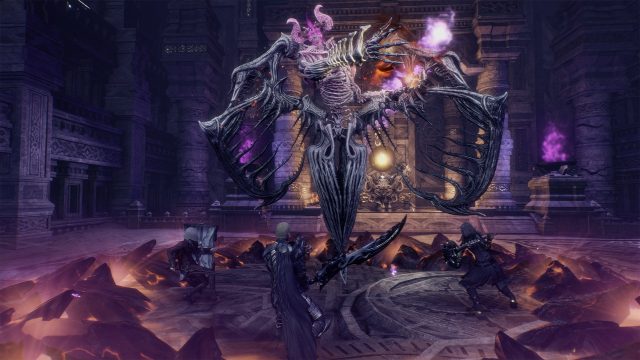 A foolish dream. No matter how much you wish it, that season will never come.

Also previewed are a few event scenes, one being the black mist which seems to engulf Jack and crew, but the dark crystals absorb the black mist, protecting them in the process. 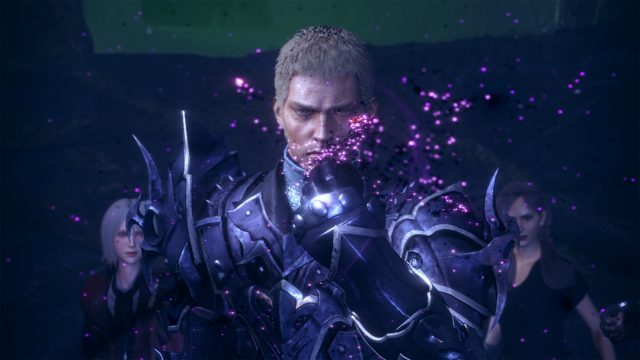 New details about upgrading equipment was also shared, with upgrades obtainable from defeating enemies or opening treasure chests along your travels. One piece of equipment can have different job affinities or special effects. Taking on the same mission more than once can also reward rarer equipment items. 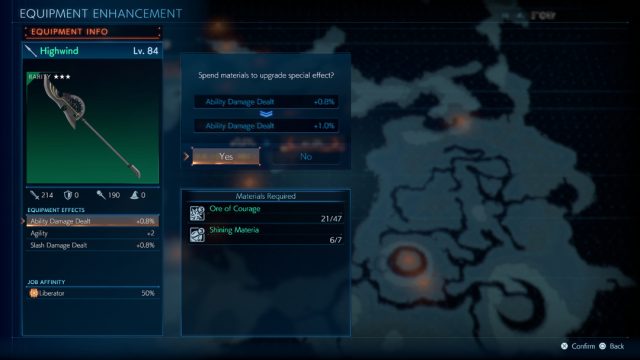 To upgrade players can visit the smithy, where materials can be used to add or upgrade equipment with special effects. You can customise your equipment to suit your job and combat style. Materials can be obtained by completing missions as a reward.

Any equipment you feel is not useful you can dismantle and use it to upgrade better gear. 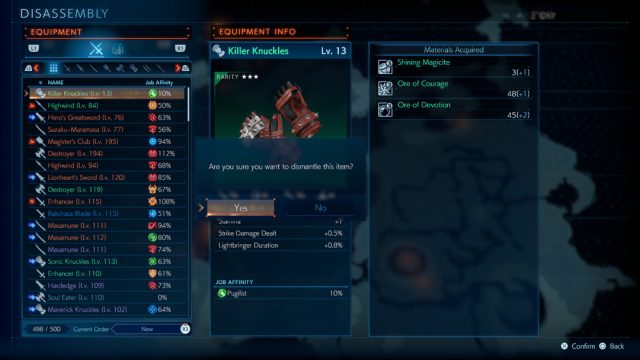 Previously Team Ninja revealed some of the job system which included Swordsman, Mage and Pugilist being basic jobs. However players can switch between two jobs during combat. This time the developer introduces Advanced Jobs, Red Mage, Berserker and Samurai.

A versatile magic-user, Red Mage can wield both black and white magic, letting them cast both attack and support. Red Mage has a unique chainspell action, allowing players to deal a huge amount of damage while simultaneously reducing enemies’ elemental resistance. 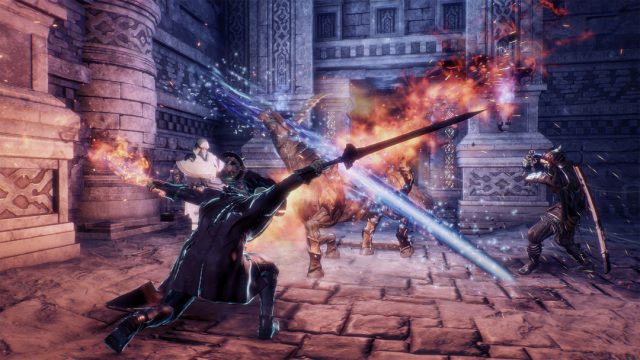 Committed to direct attacks, the Berserker wields axes and greatswords. The Berserk ability when active allows an increased attack power with the offset of losing the ability to use potions while active. 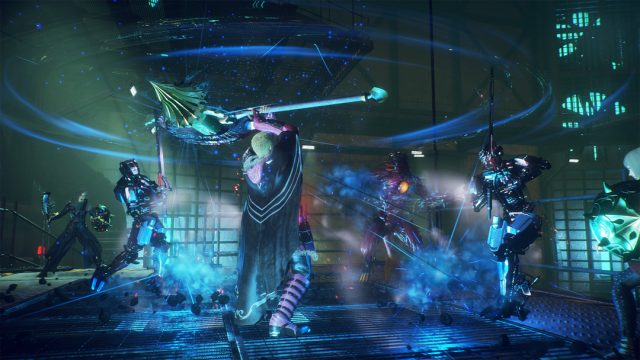 The Samurai uses its advantage of MP recovery. Under the influence of its special action Meikyo-Shisui, the normal attacks will replenish a greater amount of MP, and parrying also helps to restore MP. Use your replenished MP to release a flurry of blows with combo abilities. 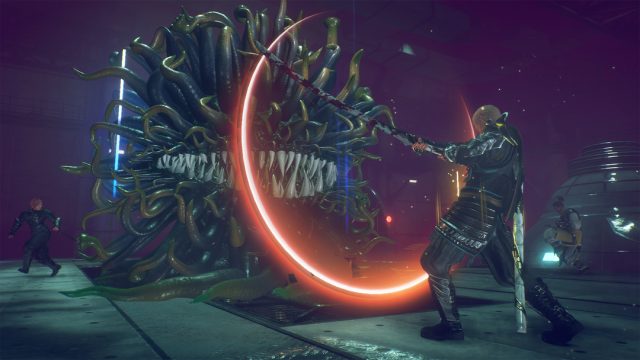 Finally, we get a look at a couple of new locations. A high up platform which looks to be a part of a security structure on the ocean floor, completely under the power of machines, using hydro energy. 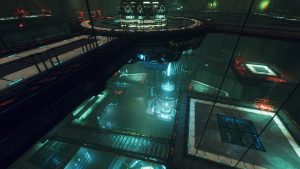 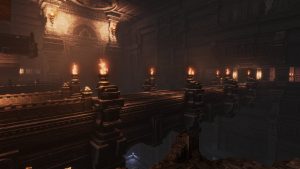 Then there is the more tomb-like underground cavern. The post teases it could be a place that can trap those who enter, and something lurking in the depths.

Stranger of Paradise: Final Fantasy Origin will be releasing on March 18th for Playstation 5, Playstation 4, PC, Xbox One, and Xbox Series X|S.