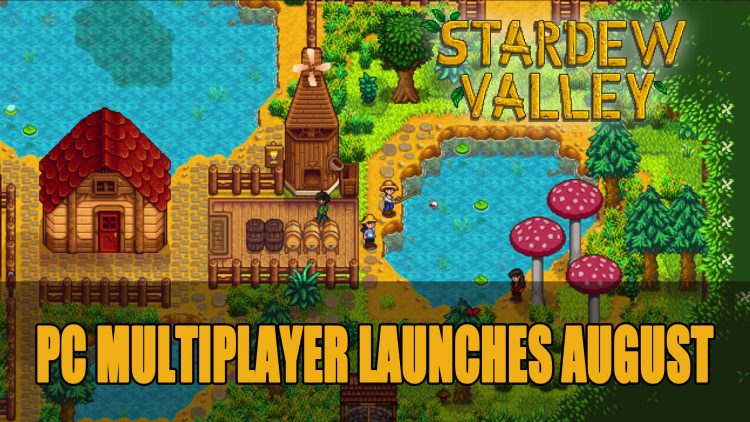 A few months ago the developer ConcernedApe and publisher Chucklefish announced the launch of the PC beta multiplayer. We now get news that farm simulator Stardew Valley will be leaving the beta and launching the official multiplayer on PC this August 1st 2018.

The release of the multiplayer version of Stardew Valley will be launching on Steam in an update on August 1st. The mode will launch across PC storefronts which include GOG and Humble.

After launching on beta, players got to test out farming, exploring the caves and even marrying their friends in multiplayer. The features from beta will all be coming to the official version. The update is set to also include a host of single-player updates including new events.

Check out the multiplayer trailer below:

Stardew Valley is currently available to player on PC, Xbox One, PS4 4, PS Vita and Nintendo Switch. Multiplayer will be launching on PC on August 1st 2018 with console versions launching “soon” according to ConcernedApe.

If you enjoyed this article be sure to check out our Beta Multiplayer Overview which explains how multiplayer works and what to expect when farming with friends. You might also want to check out other upcoming retro-styled pixel games such as Graveyard Keeper New Trailer Could Be A Creepy Stardew Valley and Witchbrook Is Coming: Think Harry Potter Meets Stardew Valley.