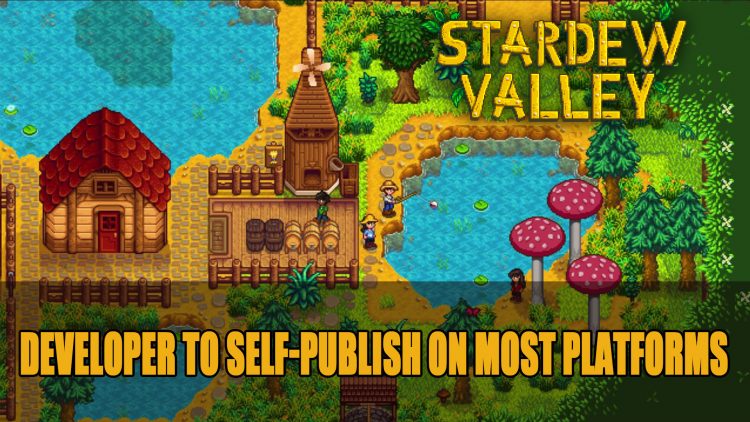 The quirky simulator RPG Stardew Valley has been on several platforms for a while but recently developer known as ConcernedApe has decided to part ways from the publisher Chucklefish for several of the platforms, including PC, Xbox One, PS4 and PS Vita versions.

Since 2016 Chucklefish has been responsible for all of the Stardew Valley platforms but from December 14th, ConcernedApe will be taking on that responsibility alone for PC, Xbox One, PS4 and PS Vita. Chucklefish will still be handling Nintendo Switch and mobile platforms which went live this year. In a post on the official website the developer expresses his vision “I think self-publishing is the end-goal of most indie developers, and I’m happy to be in a place where that’s possible!” He also thanked the publisher for helping him to get multiplayer off the ground.

Chucklefish has a number of indie games under it’s belt, including upcoming RPG Eastward under developer Pixpil and their own action RPG Witchbrook that is currently under development.

In terms of multiplayer function for other platforms Chucklefish in a recent statement have mentioned that Nintendo Switch, mobile and Android platforms are currently in submission. According to ConcernedApe “expect some more announcements concerning the future of Stardew Valley soon”.

Stardew Valley is available to play on PC, Mac, Linux, iOS, Nintendo Switch, PS Vita, PS4 and Xbox One. An Android version is on its way.

For more news about Chucklefish find it here in Chucklefish Release Trailer For Upcoming RPG Eastward and Witchbrook Is Coming: Think Harry Potter Meets Stardew Valley. For a rundown of the latest news you can find it here in Top RPG News Of The Week: December 2nd (Dragon Age, Obsidian, Cyberpunk 2077 And More).